Team 604 attended the 2008 CalGames Competition. After five seeding matches, our team had 5 wins and 0 losses, and was ranked second out of thirty teams. As alliance captain, we chose Teams 100 (The WildHats) and 971 (Spartan Robotics), and continued all the way to the finals without losing a single match. In the final round, our alliance won two of our three matches, winning the tournament with a record of 11 wins and 1 loss. 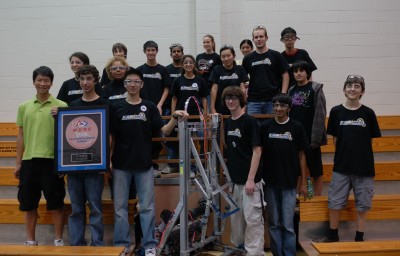