Today, FIRST released the 2010 challenge, Breakaway!  This challenge offers an unusual twist to the traditional game of soccer.  Played on a 27 by 54 ft. rectangular field with bumps, two alliances—each consisting of three robots—attempt to earn points by scoring soccer balls in their alliance goal while being defended by the opposing alliance.  Each soccer ball scored is one point, and can be herded or kicked from anywhere on the field.  During the last twenty seconds of each match, robots can hang off of a tower-like structure located on the playing field for bonus points.  Two points are earned when a robot hangs off of a tower—not touching the ground—and three points are awarded if a robot is suspended in mid-air off another robot.  The end result of this new game is a challenge that brings enthusiastic students across the world together in an unprecedented combination of technology and sporting excitement! 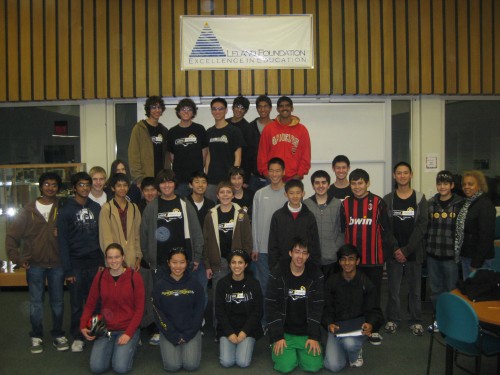 First Team Meeting of the 2010 Season