Our team started another successful competition season today at the 2010 Silicon Valley Regional, held at the San Jose State University Event Center. Our robot’s reliability and robustness proved to be an important asset; we were able to consistently score four to five balls each round.

After being chosen by the fourth seeded team, Team 8 from Palo Alto High School, and later choosing Team 1323 from Madera High School, our alliance breezed through the quarter-finals, but were bested by the tournament-winning alliance in the semi-final round. Thank you Team 8 and Team 1323, and we’re looking forward to compete alongside Team 1323 once more at our next regional, the Sacramento Regional.

The day ended with three great surprises, the first being the Outstanding Volunteer of the Year Award, awarded to two of our mentors, Mr. and Mrs. Best for their 10+ years of dedication to FIRST, later the Engineering Inspiration Award, for our team’s unparalleled “success in advancing respect and appreciation for engineering within a team’s school and community,” qualifying us for the FIRST Championship Event in April, and finally the Dean’s List Finalist Award, awarded to one of our co-presidents, Eugene F., who will compete with other Finalists at the FIRST Championship Event for the Dean’s List.

Also, congratulations to the rookie teams we mentored for making it through your first competition and bringing home several awards!

We can’t wait for our next regional competition and the FIRST Championship Event. Good luck to all teams! 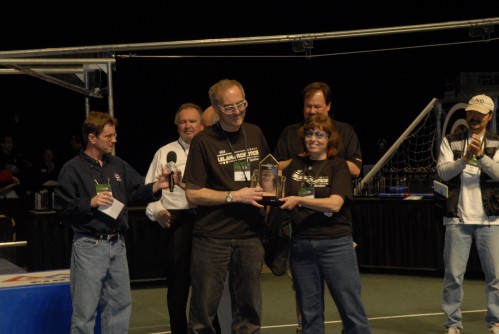 Mr. and Mrs. Best receiving the 2010 Outstanding Volunteer of the Year Award 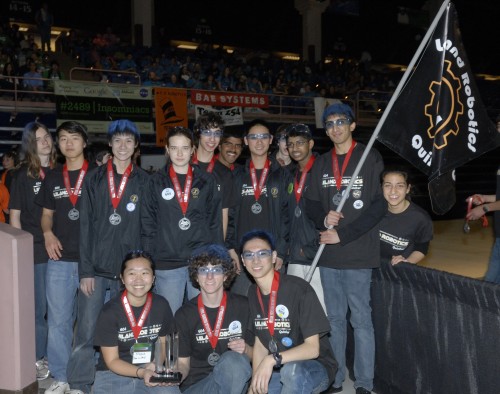 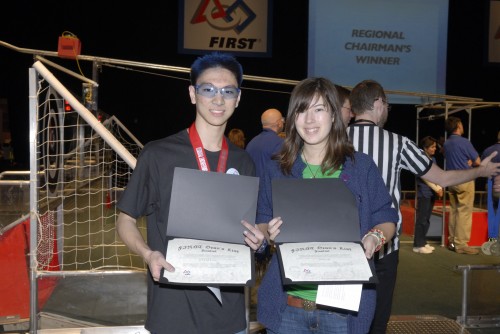 The two Dean's List Finalists from the 2010 Silicon Valley Regional