Following the Silicon Valley Regional, our team worked even harder to try and improve for the Sacramento Regional, held at UC Davis. After twelve qualification matches, our team seeded first out of 38 teams — the highest team 604 has ever seeded. We also had the most CoopertitionTM points, earning us the CoopertitionTM Award.

During the alliance selections, we picked the second seeded team, Team 3256 from Valley Christian High School, a team we started and mentored this season, and Team 2761, a second-year team from Clovis North High School. After gliding through the quarterfinals and semifinals undefeated, our alliance found ourselves against our toughest competition yet, the alliance of teams 2122, 2035, and 1835. After four intense, action-packed matches, winning the first, losing the second, tying the third, and finally winning the fourth, our team, along with teams 3256 and 2761, became the new Sacramento Regional Champions!

Furthermore, our mentor Mrs. Arrington was honored to receive the Woodie Flowers Award for her outstanding ability to lead, inspire, and empower her students. Congratulations, Mrs. Arrington!

To top it all off, our team won the Regional Chairman’s Award, FIRST’s most prestigious award, for the third time. This award honors teams that inspire “greater levels of respect and honor for science and technology” (www.usfirst.org).

Now, after winning the Engineering Inspiration Award at the Silicon Valley Regional and the Regional Champion and Chairman’s Award at the Sacramento Regional, we have qualified three times for the the FIRST Championship Event held in Atlanta, Georgia from April 15-17! We’re excited to compete, and we hope to see you there! 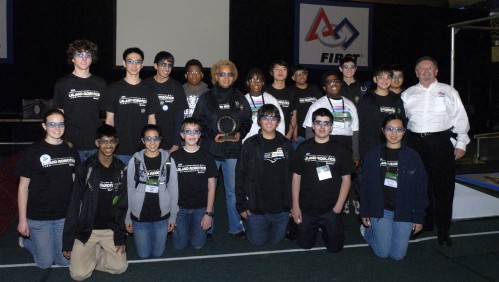 Congratulations to Mrs. Arrington for winning the Woodie Flowers Award! 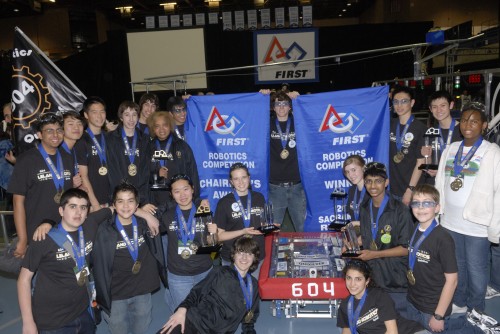 Our team at the 2010 Sacramento Regional