Team 604 finished off the extremely successful 2010 FIRST Robotics Competition Breakaway season today, while starting another at the 2010 California Robot Games, an annual off season competition hosted by the WRRF.  We were the runner up for the AMD CAD Award, as well as having Mrs. Arrington being recognized as the Mentor of the Year.

After four wins, two losses and one tie in the qualification rounds, our team seeded fourth, and moved up to third and invited Team 1868 from NASA Ames and Girl Scouts of Northern California and Team 668 from Pioneer High School to join our alliance. We lost our first match by one point, won the second, tied the third, and lost our fourth by one point once again.

Many thanks to our alliance partners, Team 846 from Lynbrook High School for hosting the event, and all of the volunteers at CalGames! We will be back next year! 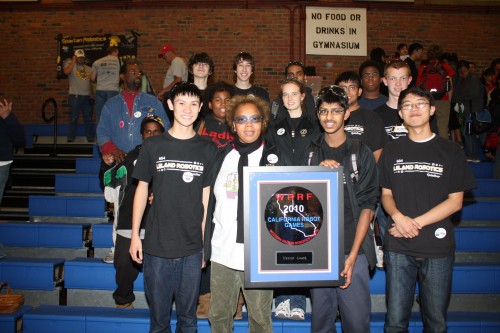 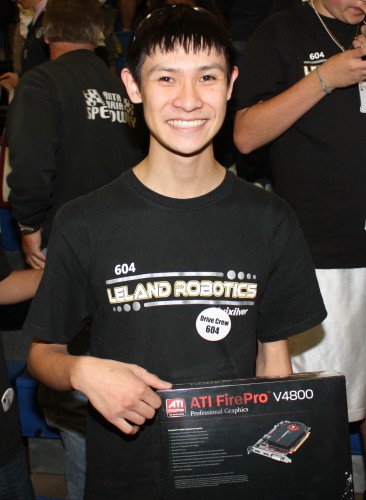 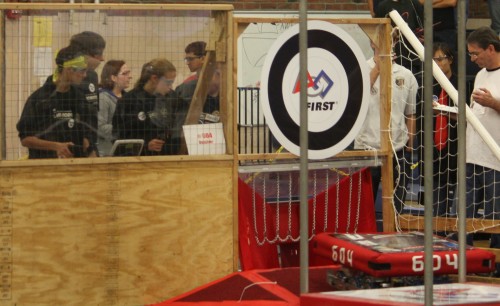 Our robot and drive team during quarterfinals