One Month Till Build Season!

The 2011 FIRST Robotics Competition season is quickly arriving.  Team 604 is currently holding safety workshops to prepare all members for the upcoming build season, so we can have an injury-free one.  There will also be other workshops over winter break in final preparation for the season.

We have also been helping out on the FIRST Lego League scene.  Team 604 has volunteered at six tournaments so far, and run our very own tournament, the Quixilver Qualifier on November 13.  Congratulations to the champions, Team 455: The Los Altos Geek Squad. Team 604 also mentored four different FLL teams, with two advancing to the 2nd Tier regional level, and one advancing to the state championships.  More information on their achievements can be found here. 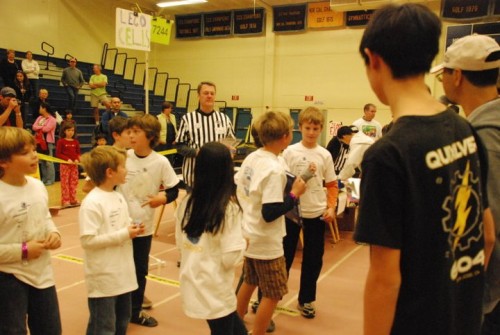 Celebrating after a successful round during the Quixilver Qualifier 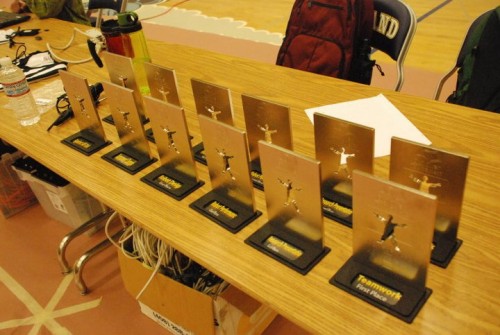 Trophies for the Quixilver Qualifier 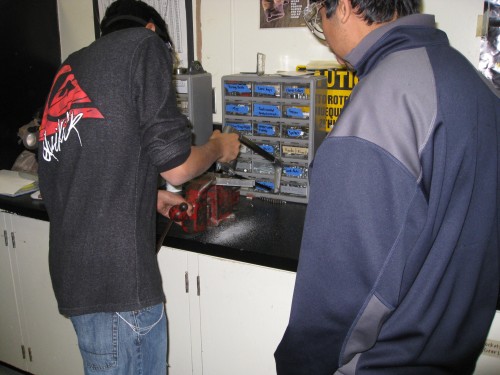