This past weekend, FIRST Team 604 attended our first regional competition of the season. After three days of exciting and intense competition, we received several awards recognizing our hard work.

On Saturday, after ten qualifying matches, we were selected to be on the 7th seeded alliance, compromised of FIRST Team 3013, the Zombots from Vallejo High, and FIRST Team 114, Eagle Strike from Los Altos High. Unfortunately, we were knocked out in the quarterfinals by the eventual champions, FIRST Team 1678, the Citrus Circuits from Leonardo Da Vinci High, FIRST Team 1868, the Space Cookies from the Girl Scouts of America, and FIRST Team 766, M-A Bears from Menlo-Atherton High.

Later, four of our members were recognized for their invention of a secondary container for battery transportation, winning the Runner-Up Abbott Inventor Hall of Fame Award.

Finally, our team was awarded the Regional Chairman’s Award (RCA), the most prestigious award given at a Regional competition, for our outreach within the community and the nation — our fourth RCA in the last five years. This award qualifies our team for the Championship Event in St. Louis, which will be held mid-April.

Photos and videos from the competition will be on our website shortly. 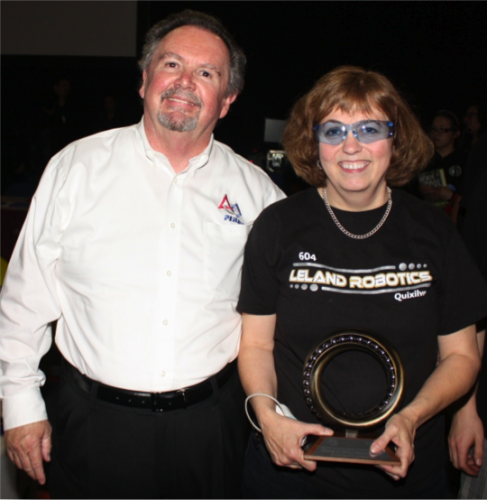 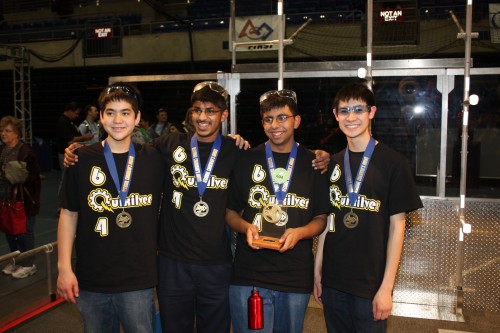 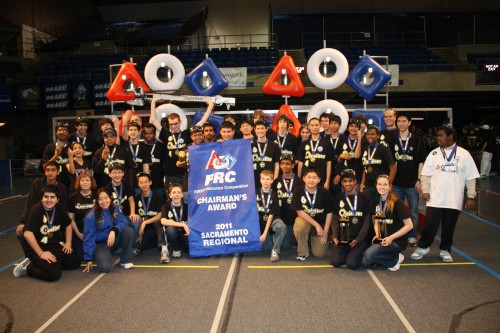 Our fourth Chairman's in five years!