After a successful Sacramento Regional, FIRST Team 604 competed at our home regional, the Google Silicon Valley Regional. While initially faced with some electrical and pneumatic issues, Quixilver made the necessary modifications on our robot, and passed inspection early Friday morning.

Having considerably more experience, our drivers were able to consistently put up one to two logos per match as well as play strong defense. During alliance selections, we were invited to join the second seeded alliance, comprised of FIRST Team 1323, Madtown Robotics, and FIRST Team 1868, the Space Cookies. Our alliance was able to breeze through the quarterfinals and semifinals, before narrowly losing both finals matches to the tournament champions, FIRST Teams 254, 1538, and 751. The finals were so close, in fact, that the match could have gone either way up until the last second. Thank you 1323 and 1868 for being great alliance partners and becoming the 2011 Google Silicon Valley Regional Finalists.

We would also like to give a shout-out to one of the teams that we helped start, who were just rookies last year — FIRST Team 3256 the WarriorBorgs — for winning the Engineering Inspiration Award, as well as having one your members being recognized as a Dean’s List Award Finalist. You guys have come such a long way in a short time.

Another shout-out goes to one of our former members, James Best, for mentoring FIRST Team 3473, Team Sprocket, to a Regional Win at the Los Angeles Regional! See you in St. Louis!

3 weeks until the FIRST Championship! 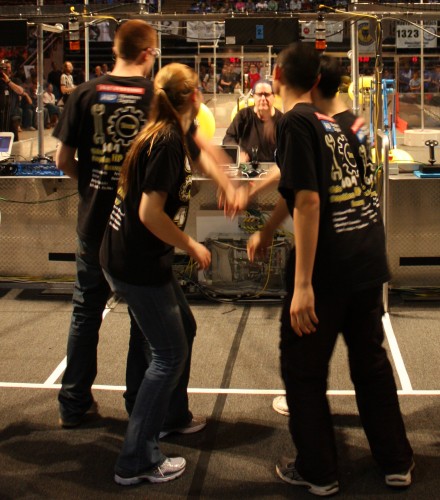 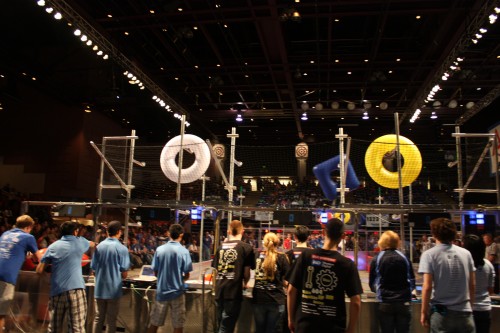