The last two weeks have been extremely hectic, so here’s what we have been up to:

On February 11, we held a demo at the Microsoft Store at Valley Faire Mall on Stevens Creek Boulevard, San Jose. We brought robots from 2006, 2009, and 2010. The 2009 Lunacy robot was connected to a Microsoft Kinect, and we allowed customers to try out driving our robot. We kept the 2006 and 2010 robots on display and to help advertise our team and FIRST. We gave leaflets regarding our team, FRC, FLL, and other aspects of FIRST to the visiting customers and even left more at the store for future use. We informed visitors about FIRST, what it has to offer to students of all ages, and invited them to come to the Silicon Valley Regional at San Jose State University. Visitors of all ages were enthralled with the robot and intrigued by the efforts of FIRST. In all, we felt that the demo was a success and we look to further our partnership with Microsoft and their stores. Thanks to the Microsoft Store for allowing us to use their facilities and time to advertise our team and FIRST.

We have also launched a partnership with Elevation250. Elevation250 is an organization which provides clean drinking water to 250 people in Africa for every $5000 pledged. They hike Mount Kilimanjaro in Tanzania, Africa, to raise funds and awareness. This year, FIRST Team 604 has partnered with Elevation250 by providing them logistical support and small robotic toys for them to hand out to the children of the village in which they are acclimatizing for their climb. They are going to help us spread the FIRST message to a larger audience and show how science and technology can help poor children in need of support. Thanks to alumnus Natalie Mukhtar for helping us in this partnership.

FIRST Team 604 has also been in the news lately. We were featured in the Leland High School newspaper, the Charger Account. We will also be featured in the February 24 edition of the Almaden Resident.

As build season winds down to an end, the construction of our robot also comes to a halt. Our robot has been officially completed, and looks poised to compete at the Sacramento Regional. At exactly 6:04, we held our annual team banquet in a night of fun and relaxation after 6 weeks of hard work. We enjoyed good food and watched a commemorative video summarizing build season. The robot was then bagged at 11:51pm, as we bid our team members good rest for the next 5 days of ski week break!

Keep an eye out for our robot unveiling in the near future! 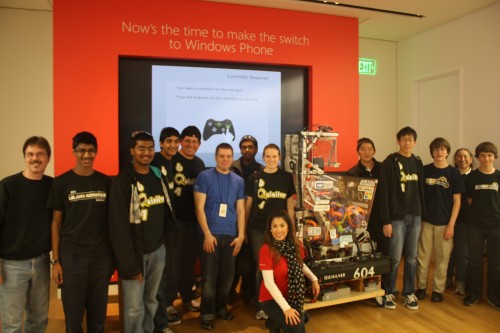 Thanks to the Microsoft store for letting us demo there! 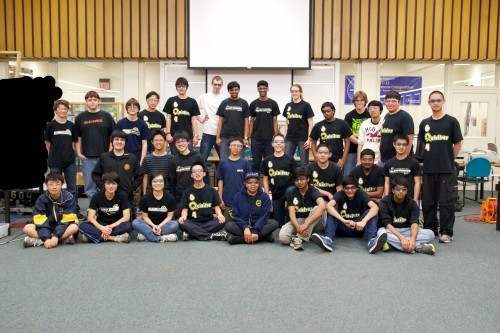 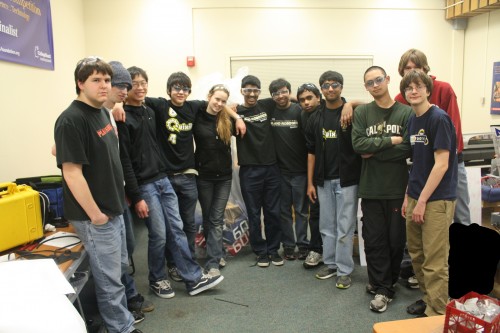