After an exhausting day at the San Jose State Event Center, we were extremely excited to learn that our mentor, Jim Mori, won the Woodie Flower’s Finalist Award. Mr. Mori has been involved with the FIRST program since 1999 and with FIRST Team 604 since 2005. He has worked with FIRST Teams 254, 668, 1967, 2135, 3256 and even more as the Lead Robot Inspector at Silicon Valley. He now joins our other two WFFA recipients, Mrs. Arrington and Mrs. Best to complete the threepeat!

Adding on to the celebration was the fact that it was presented by Andy Baker, the 2003 Championship Woodie Flower’s Award recipient. 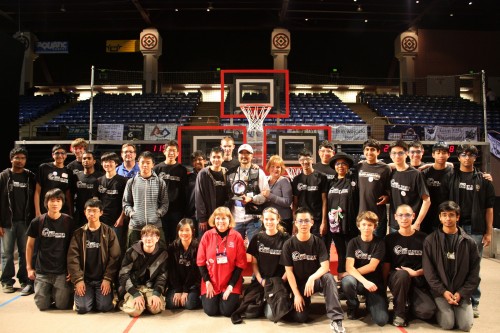 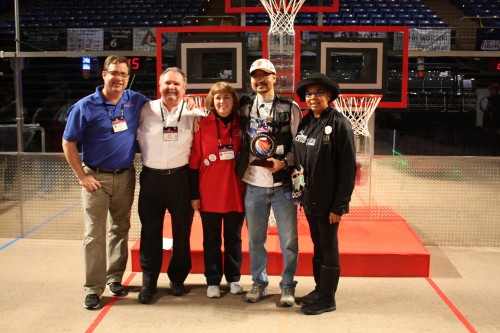