At the crack of dawn this morning, approximately 40 members from FIRST Team 604, as well as numerous alumni and mentors, arrived at San Jose State University for the 2013 FRC Silicon Valley Regional Kickoff. At 7:30 AM, the live stream from FIRST HQ began. After months of anticipation following the aftermath of last season’s monumental challenge, FIRST students were presented with this year’s new challenge — Ultimate Ascent!

The game is played on a 27′ x 54′ carpeted field with two alliances of three teams each. Robots attempt to score as many frisbees as possible into goals along the ends of the fields in a two minute and fifteen second match. Each match begins with 15 seconds of autonomous competition where robots can shoot discs for extra points—after that time, the drivers step up, and the robot is in their hands.  Four goals at three different heights are available for scoring, and as the robot scores loftier goals, more points will be earned. Towards the end of the match, robots attempt to ascend pyramids located in the center of the playing field. 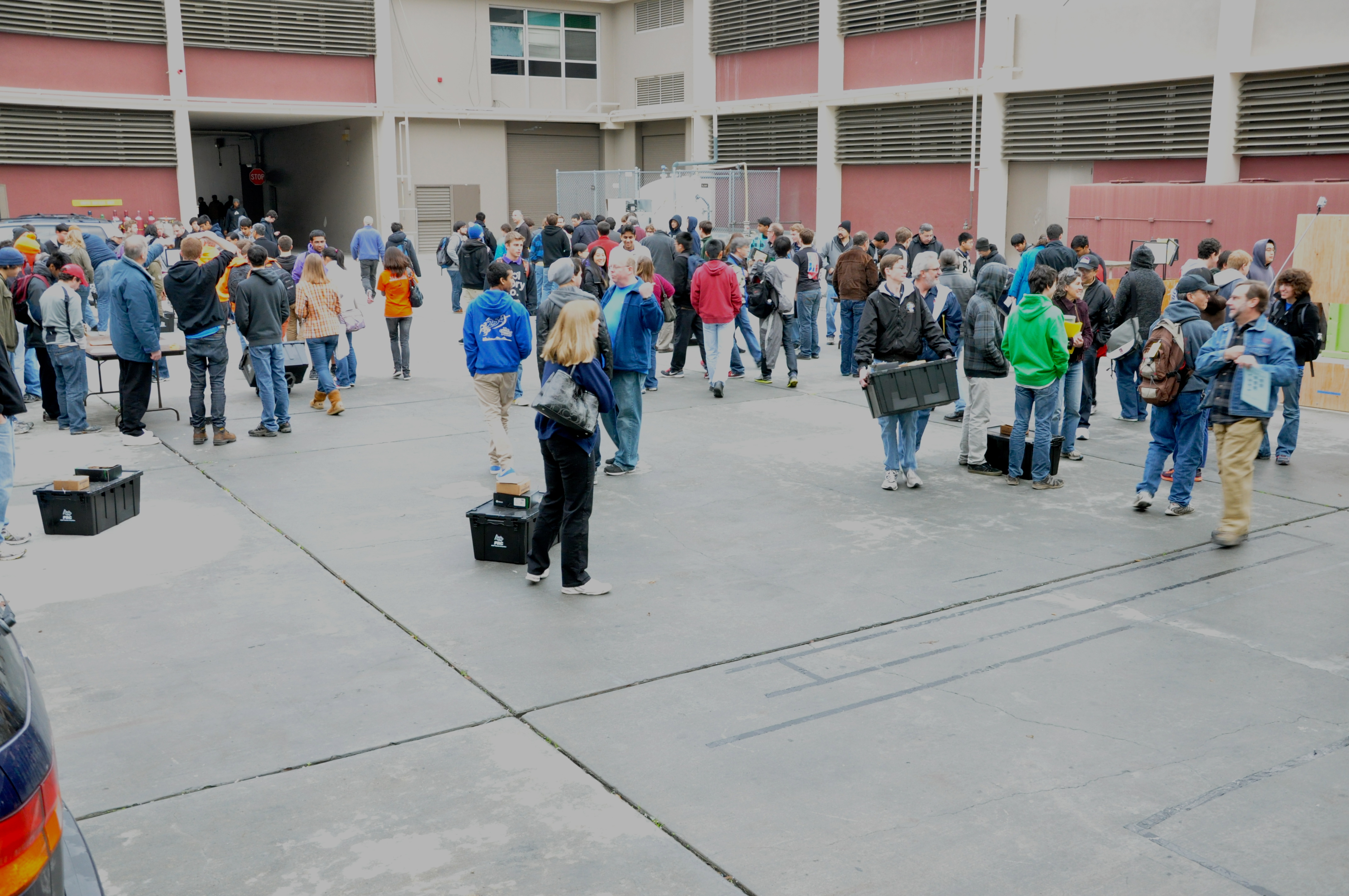 Another speedy Kit of Parts distribution

Following the presentation, Team 604 helped distribute kits of parts— we managed to serve over 50 teams in under 30 minutes. 3 rookie teams were also present, and we warmly welcome them to the FIRST community. Good luck to everyone, and as we move forward we look ahead to a great season!