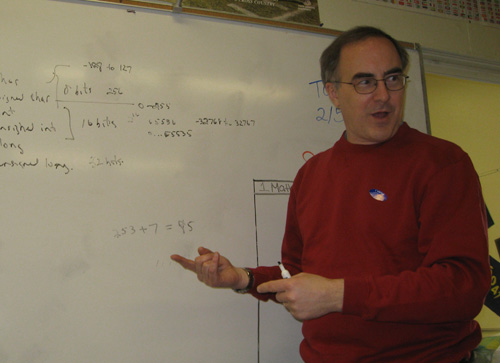 “Mr. Best,” as the team fondly calls him, was among the first volunteer coaches when his son’s elementary school began to compete in FLL in 2000. After coaching FLL for 6 years, Mr. Best remains involved in FLL as an organizer of the Quixilver Qualifier and a judge at FLL tournaments.

Mr. Best became involved in FRC in 2007, when his son joined our team.